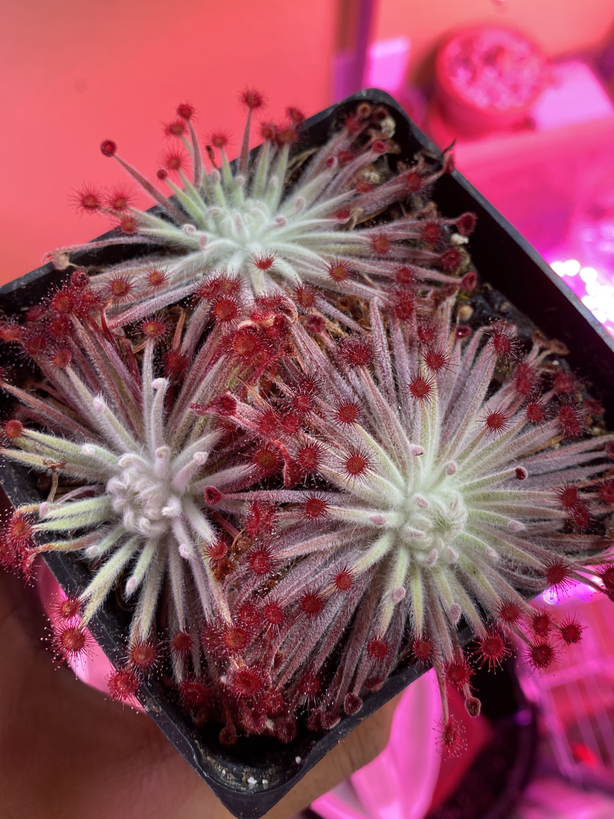 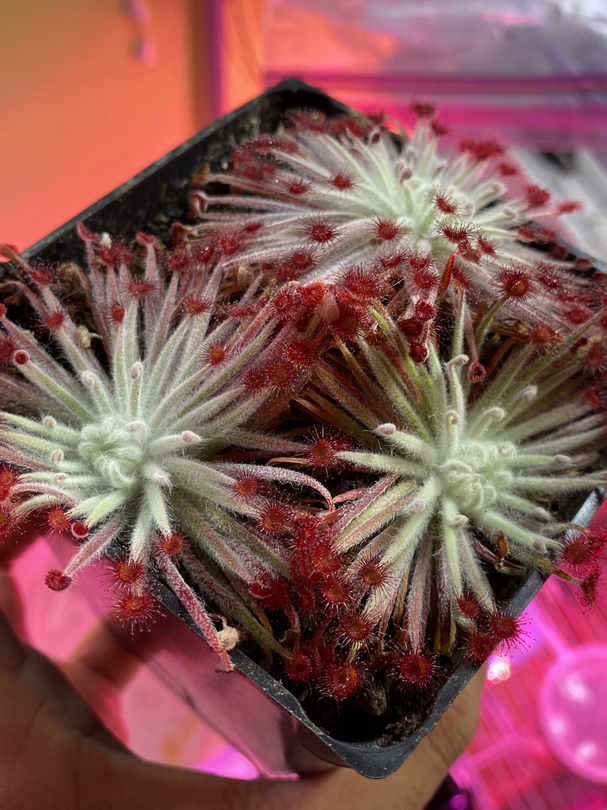 Drosera aff. lanata Flying Fox Creek belongs to the petiolaris complex (subgenus Lasiocephala), a group of Drosera known as "woolly sundews" and native to northern Australia. Collected at Flying Fox Creek in the Northern Territory of Australia, this plant has an affinity to but is notably different from Drosera lanata. Distinguished by their long petioles that are often covered in a silvery hair, these plants look like tiny pincushions or sea urchins. They love high light, warm temps, and lots of water. This is a pretty common location from Best Carnivorous Plants nursery in the Czech Republic. It's an easy growing petio complex sundew with extremely dense, white hairs on it's leaves that nicely contrast with the red tentacles. Intense LED light is the only thing that seems to bring out the dense white hair, as less light on a windowsill or weaker lights makes them a silvery green instead. Unfortunately, like all other petio complex dews I grow, it also seem to like randomly going dormant. I try to feed as often as I can and keep warm. Temperatures should remain above 78F, preferably at a nice toasty 82F+. One thing I've found with this species is how quickly it clumps, making propagation relatively easy.