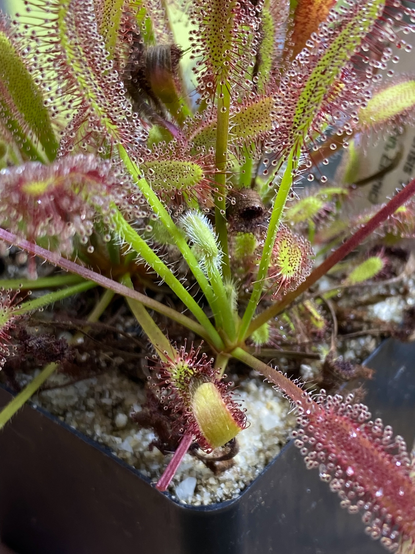 The Agnata section of Pinguicula includes species such as agnata, gigantea, albida, and filifolia. Agnata in the wild grows on steep cliffs of calcareous rock that's often dry. The holotype of Pinguicula agnata was collected in the state of Hidalgo on the slopes of Barranca de Toliman.  This particular clone is named after the location in which it was collected, being in Queretaro state near the village of El Lobo. It seems to be a pretty typical form of agnata, with leaves slightly tinting red under strong light. I have noticed that the growth is somewhat more upright than other forms, but it's unknown if this is due to environmental factors or a trait of this location. Relatively easy growing plant, and pretty fast growing as well. Currently potted in a mix of peat, perlite, vermiculite, and sand. Will update this entry when the plant flowers.