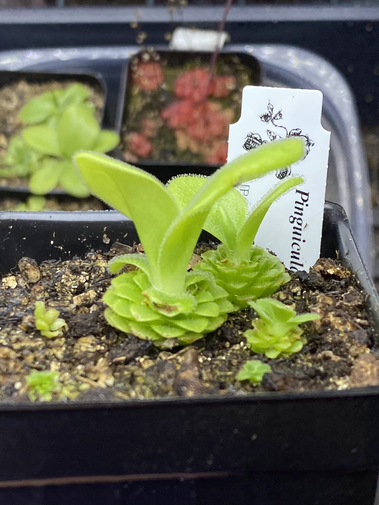 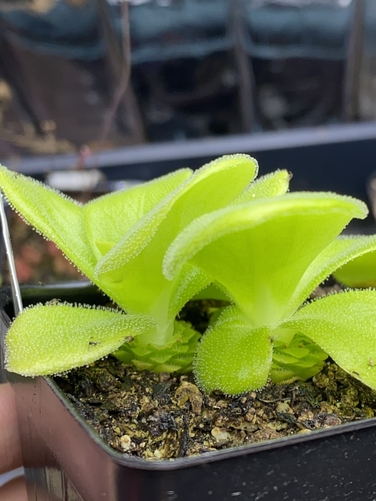 Dormant plants as of 11/23/21
Pinguicula colimensis is a species that belongs to section Orcheosanthus, being closely related to species like moranensis and macrophylla. In fact, it was regarded as a form of moranensis or macrophylla (most likely due to work being done to herbarium specimens rather than living plants, as living plants appear much different to those two species). Found growing in the state of Colima, the holotype was collected in the high mountain regions near the city of Colima. It can also be found in the states Michoacán and Guerrero. The plants are found on sunny slopes of gypsum rock, often directly growing on the rock face like gypiscola. Winter conditions can be bone dry, and the plants die back to tightly packed succulent leaves. My plants are currently dormant, but when actively growing are spectacular. The leaves are large and almost wavy, with some of the largest glands I've even seen on a Pinguicula. This species was probably cosplaying Drosera schizandra, but doing it better. Currently growing this species in a mix of vermiculite, perlite, sand, and crushed coral for added calcium.  This is a species that needs to dry out in winter. Flowers on these plants are large and round, and reminiscent in shape to cyclosecta (but often twice in size and bright pink). Imagine having large showy flowers, cool tightly packed winter rosettes, and some of the most prominent glands in the genus. Mama colimensis must be proud.