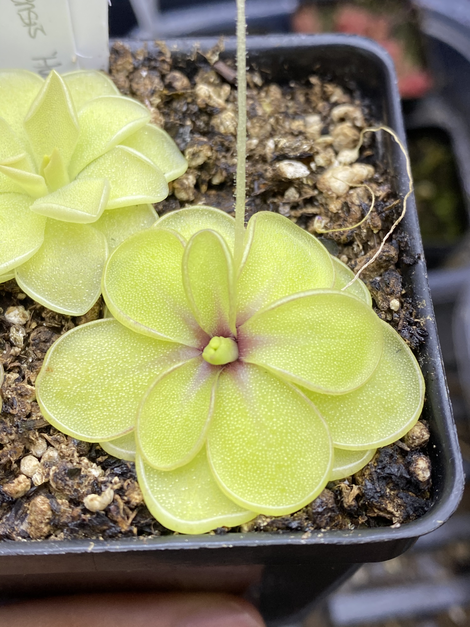 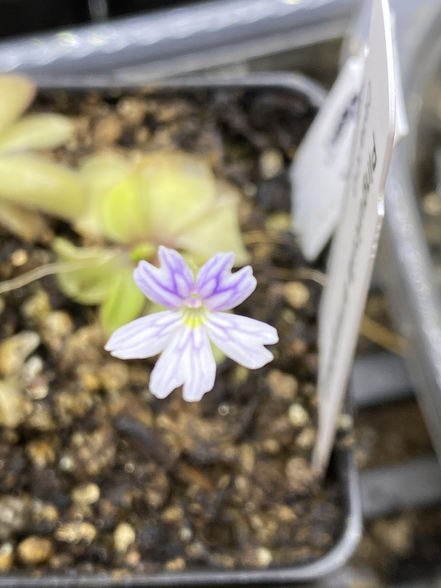 A member of section Temnoceras, this species is native to the states of Veracruz (where the type specimen was found) as well as Puebla. In the wild, P. emarginata is usually found on mossy rocks where water constantly flowers year round. Growing alongside bromeliads, orchids, and tree ferns, the humidity in these areas can be quite high. This species has small rosettes with curled leaves, and the center of the plants turn a nice reddish color. The flowers are jagged and among the most variable in the genus. I've seen white, blue, purple, and pink flowers of varying sizes and shapes. The shape of the small flowers are unique, looking like someone's toddler got their hands on both the plant and a pair of scissors. It flowers frequently during the cooler months. I keep this species wetter than normal pings, and have a higher amount of peat in the mix, as it seems much more susceptible to drying out compared to most other Mexican species, owing to it's native habitat.