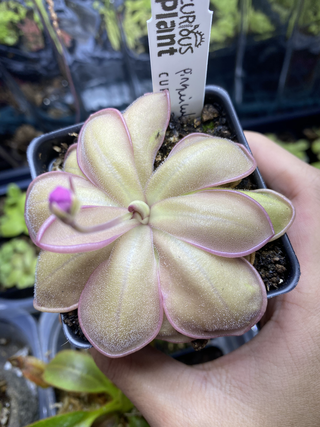 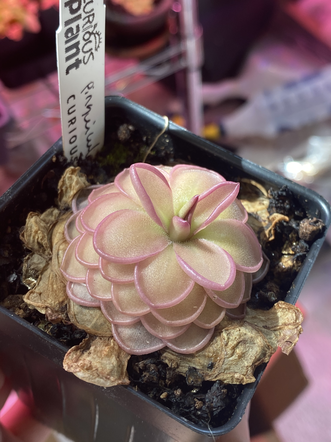 Plant as of 6/21
Pinguicula hemiepiphytica is closely related to species like laueana and crassifolia, belonging to section Longitubus. Currently only known to inhabit Sierra de Jaurez in the state of Oaxaca, this species is found at high elevations of 1900m to 2300m in montane cloud forests. As the Latin name implies, this plant grows as an epiphyte as well as on wet rock and mosses. Often found growing alongside Bromeliad, Tillandsia, and orchids, the habitat is humid, wet,  and on the cooler side. In cultivation, this plant is a relatively easy grower. Currently growing well in a mix of vermiculite, crushed coral, peat, and perlite, I may move it to a more porous media in order to replicate it's natural habitat better. A more inorganic mix of lava rock, lime, perlite, and perhaps akadama/kanuma may work. It would also be a great candidate for mounting on a rock, mimicking the plants found in the wild found growing on lime rock. The plant itself becomes a vibrant shade of pink given enough light, and will make long leaves with upturned margins somewhat reminiscent of laueana and moranensis. The flowers are bright pink and relatively small. Currently producing winter dormancy leaves, will update.