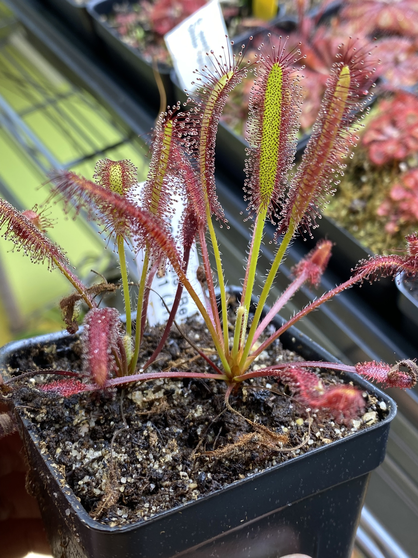 Recently received as of 11/24/21
Pinguicula moctezumae is a species of Ping that's one of two members of the section Orcheosanthus subsection Violiformis. The other is Pinguicula gypsicola. Both of these species have thin, strap shaped leaves. Found in the canyon of Rio Moctezuma in the Mexican state of Queretaro and Hidalgo, near the city of San Joaquin, growing on walls of limestone or other calciferous rock. I just received this species in the mail, and potted it in a mix of peat, perlite, crushed coral, and vermiculite. Other growers report that this species likes being damp year round and lacks a true dry dormancy, unlike its cousin gypsicola. Will update as the plant grows and settles in.