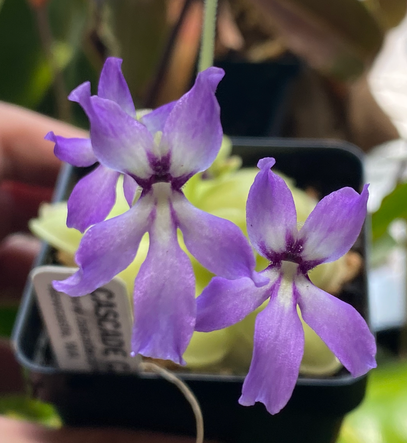 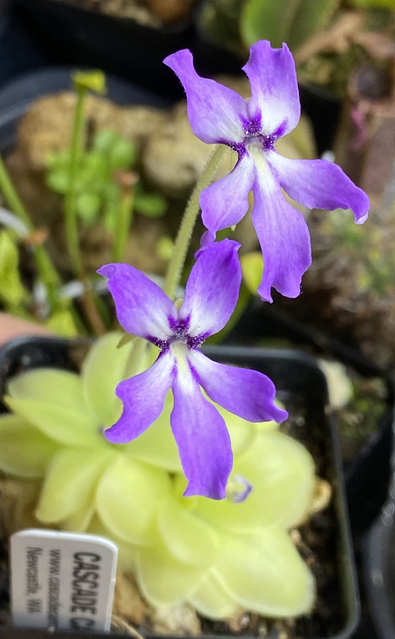 Multiple flowers at once. Notice the many clumps that have formed 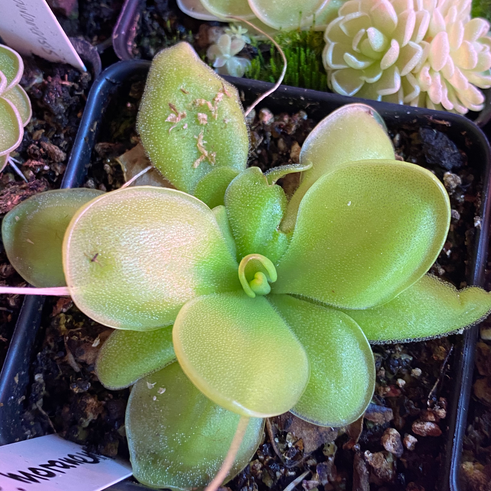 Foliage of moranensis Huahuapan
Pinguicula moranensis is one of the most common species of Pings in cultivation, with dozens of forms and locations. It's name is derived from it's type location, Mina de Moran in the Hidalgo region of Mexico. The most well known and widely distributed member of section Orcheosanthus, which are most notably characterized by a very long spur that is longer than the corolla tube. This plant from Huahuapan (or sometimes written as Huajuapan) is most likely a form of moranensis or rectifolia (which is essentially moranensis). Location data is "collected near Huahuapan de Leon (Oaxaca)", which is a location rectifolia is known to be found. The flowers a lot more interesting looking than your typical moranensis flowers, as they're skinnier and have splotches of bright white. This plant settled in pretty quickly for me, and is so far an easy grower, but I don't see this location for sale often. Seems to have longer, more rounded and greener leaves than the other moranensis forms as well, and divides readily and flowers freely without any change in temp, watering, or photoperiod.