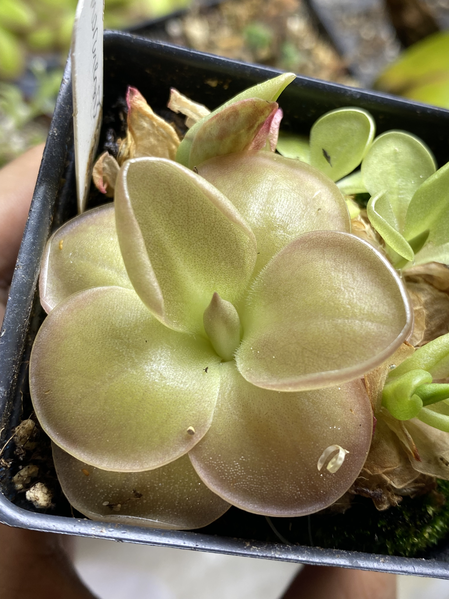 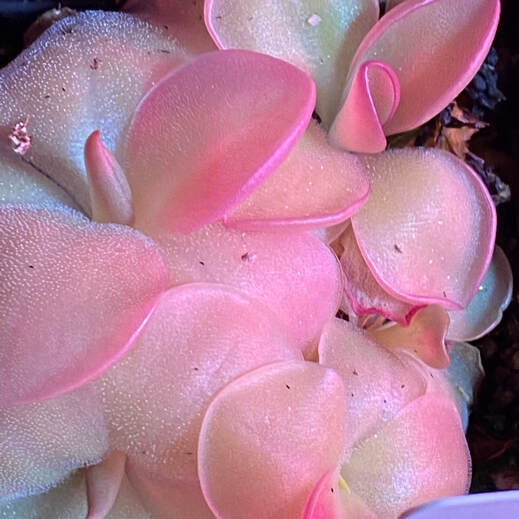 These plants can get really pink
Pinguicula moranensis is one of the most common species of Pings in cultivation, with dozens of forms and locations. It's name is derived from it's type location, Mina de Moran in the Hidalgo region of Mexico. The most well known and widely distributed member of section Orcheosanthus, which are most notably characterized by a very long spur that is longer than the corolla tube.  Pinguicula moranensis J is probably the most common clone of moranensis I've seen on the market. The plants are a nice pink color, and their flowers are a deep purple pink. It's definitely much smaller than clone A, but seems a bit faster growing. I've been succesful in propagating this plant with both winter and summer leaves. I water once a week, and keep the soil barely damp. It's also fared well in my more mineral-y mixes, which are mostly perite, sand, and vermiculite.