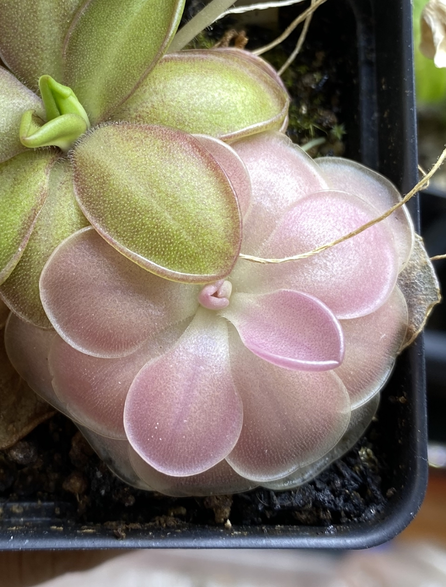 Plant after settling in 4/27/21. Note the bright pink color 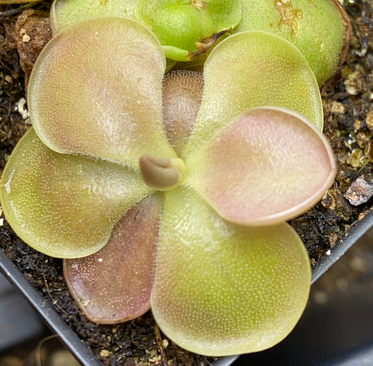 Plant shortly after unboxing
Pinguicula moranensis is one of the most common species of Pings in cultivation, with dozens of forms and locations. It's name is derived from it's type location, Mina de Moran in the Hidalgo region of Mexico. The most well known and widely distributed member of section Orcheosanthus, which are most notably characterized by a very long spur that is longer than the corolla tube. Pinguicula "Kewensis" is a horticultural cross of moranensis var. rosei x moranensis var. caudata, done at Kew Gardens. It appears similar to a typical moranensis, with red blushed leaves and upturned margins. The flowers on this clone are a pretty, darker purple color. Mine is still small and has yet to flower. Growing great in a mineral/peat mix under LEDs.