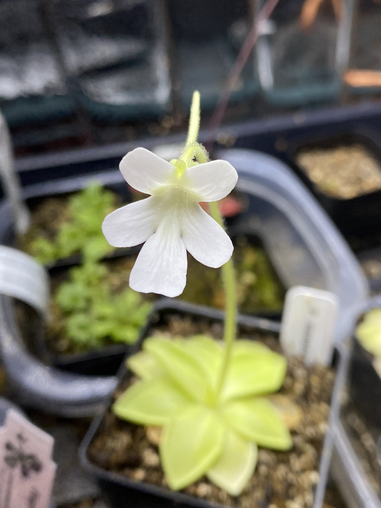 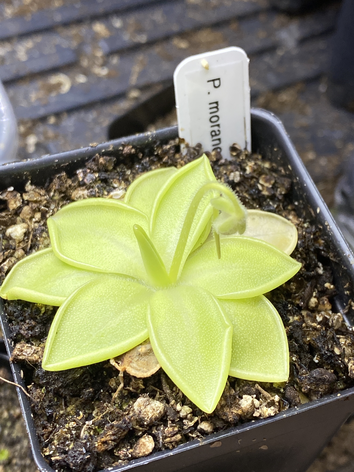 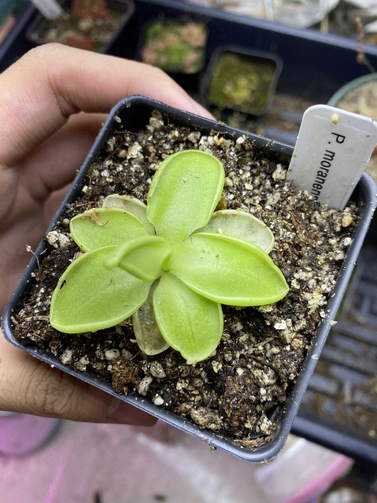 Newly recieved as of 9/28/2020
Pinguicula moranensis is one of the most common species of Pings in cultivation, with dozens of forms and locations. It's name is derived from it's type location, Mina de Moran in the Hidalgo region of Mexico. The most well known and widely distributed member of section Orcheosanthus, which are most notably characterized by a very long spur that is longer than the corolla tube. This clone of moranensis has very large, pure white flowers instead of the usual pink or purple. The leaves are also more elongated,  pointed and have more dramatic, upturned margins compared to other moranensis. It almost looks like one of the southeastern US Pinguicula. This clone originates from  San Cristobal de las Casas, Chiapas State, Mexico, and has similar shaped flowers as other forms of moranensis. It's unknown whether this location has normal color flower plants that happened to have white flower offspring, or if this location onyl has white flowered plants? Currently potted in peat, perlite, crushed coral,  and vermiculite