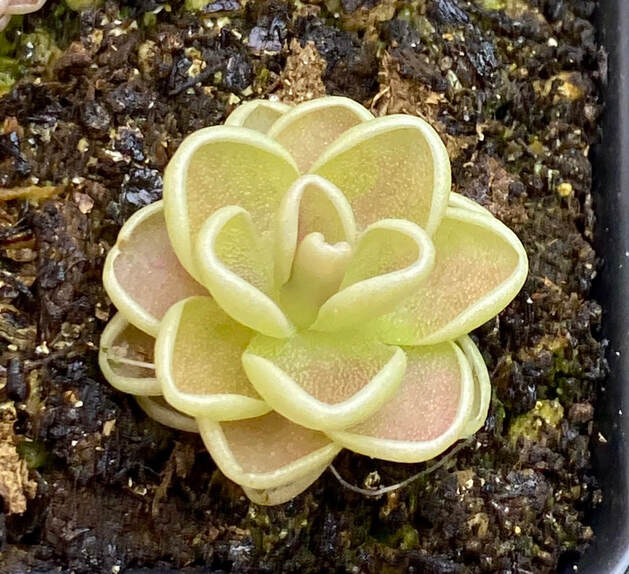 This is one of the plants that belong to the Yucca Do complex, which were originally collected in Mexico in the 90s. 1713 is most likely a relative of esseriana, ehlersiae, jaumavensis, debbertiana or a hybrid of those. Collected under the impression that they were succulents by Texas based nursery Yucca Do,  these plants were eventually given to Atlanta Botanical Gardens. Each of the plant varieties were assigned numbers by ABG, and shortened versions of these ID codes are used today. For example, ABG 97-1717 Yucca Do 60-45-031395C became Yucca Do 1717. ​The leaves are shorter and rounder than Yucca Do 1717, and appear more like a plant like esseriana. The plant also colors up a little more easily than 1717, turning a light pink. The whitish leaf margins are well defined and a nice contrast to the pink of the plant. This is most likely the same species/hybrid as 1717, but simply a different clone. A rather slow grower, my plant has not divided in the past year but instead steadily grown bigger by a few millimeters. Slow and steady wins the race I guess.