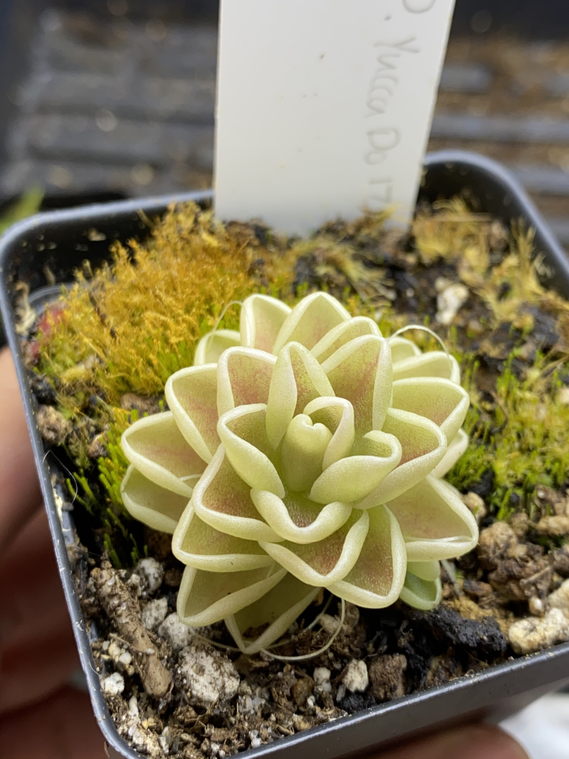 The succulent-like appearance of Yucca Do 1717 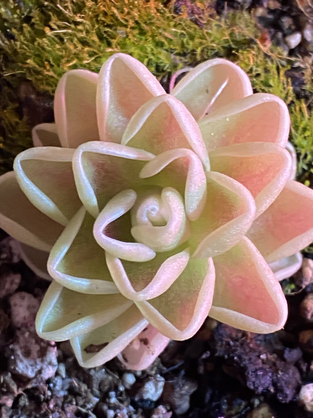 Leaves can blush pink with high light
This is one of the plants that belong to the Yucca Do complex, which were originally collected in Mexico in the 90s. 1717 is most likely a relative of esseriana, ehlersiae, jaumavensis, debbertiana or a hybrid of those. Collected under the impression that they were succulents by Texas based nursery Yucca Do,  these plants were eventually given to Atlanta Botanical Gardens. Each of the plant varieties were assigned numbers by ABG, and shortened versions of these ID codes are used today. For example, ABG 97-1717 Yucca Do 60-45-031395C became Yucca Do 1717. The leaves on this clone are longer than the pointed ones on a plant like ehlersiae or rounded leaves on Yucca Do 1713,  and stay a nice jade color. Occasionally, under high enough light, the leaves blush a light pink. Leaf margins are super pronounced and a nice white color. Relatively easy growing ping, but seems slow to divide. Fortunately for me and the dozens of houseplant people on Facebook clamoring to get a plant, leaf pullings work quite well.