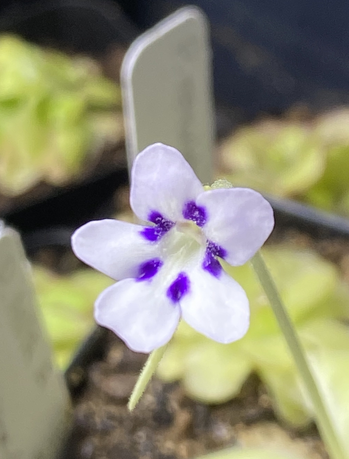 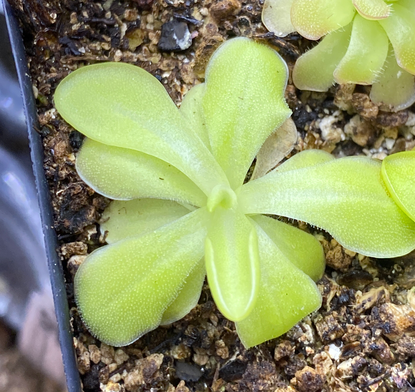 The ANPA series of pings are several clones collected from Eloxochitlan, Hidalgo, Mexico in the early 1990s. Each of the clones had a decent amount of variability in them, and were named ANPA A, B, C, D, etc. They're most likely varieties of moranensis, but the flowers differ from he typical pink/purple of the more widespread clones. Like all other Orcheosanthus section Pings, the ANPA flowers have very long spurs, and the structure themselves is quite similar to moranensis.  They grow on rocky cliffs dozens of feet tall alongside mosses, agave, and orchids. ANPA A has almost solid white flowers with purplish splotches near the opening of the flower. This plant has been relatively easy growing for me and doing great in a mineral/peat mix. I'll update when it flowers.