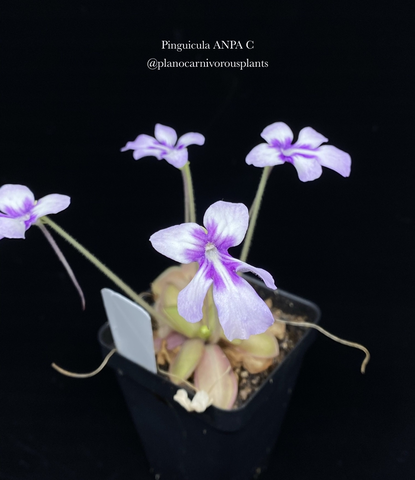 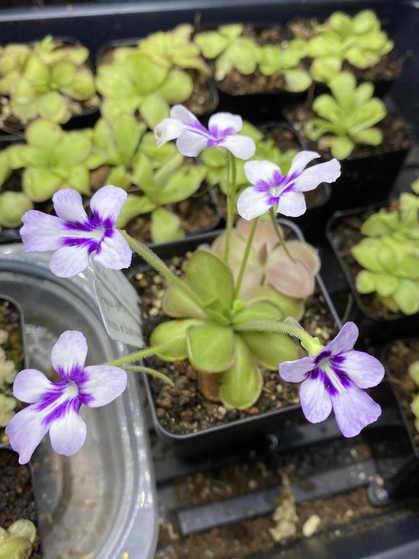 A flurry of winter flowers 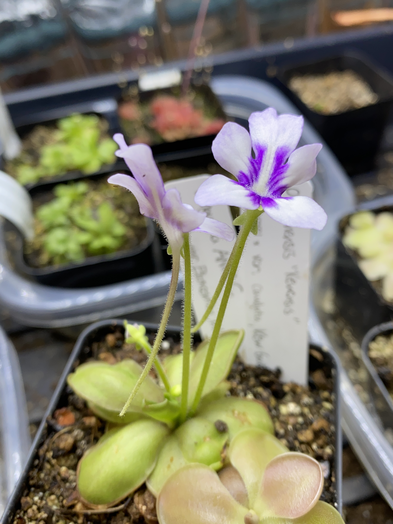 Note the extremely long spurs...meant for moths and hummingbirds
The ANPA series of pings are several clones collected from Eloxochitlan, Hidalgo, Mexico in the early 1990s. Each of the clones had a decent amount of variability in them, and were named ANPA A, B, C, D, etc. They're most likely varieties of moranensis, but the flowers differ from the typical pink/purple of the more widespread clones. Like all other Orcheosanthus section Pings, the ANPA flowers have very long spurs, and the structure themselves is quite similar to moranensis.  They grow on rocky cliffs dozens of feet tall alongside mosses, agave, and orchids. ANPA C appear somewhat similar to ANPA A, but with much more purple splotching. The flower itself is also a darker shade than the almost pure white of ANPA A.  The outer margins of the leaves are slightly upturned and a very light tint of purple.  A very easy grower that seems to flower nonstop in the fall/winter months.